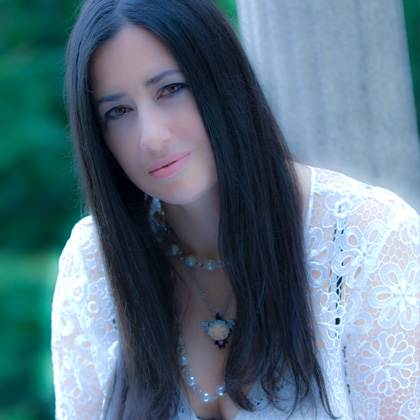 Manhattan-born and raised Rachel Nicolazzo (aka Rachel Z) had music practically ingrained in her genetic code. Groomed to follow in her mother’s operatic footsteps, she began voice lessons at two, started classical piano lessons at seven and attended the opera by age nine. “My first dollhouse was a Metropolitan Opera House complete with the stage and dolls which were the performers,” she recalls. “Then I heard Miles Smiles when I was 15, started rebelling against the classical by improvising, and played with a band that covered Joni Mitchell and Steely Dan songs.”

Listening to Herbie Hancock’s harmonies over Wayne Shorter’s compositions helped her bridge the gap from her classical training to jazz.”The way my jazz chops developed was twofold. I developed acoustic straight ahead and electronic fusion playing equally over time,” she says. After launching a quintet called Nardis, she studied with Joanne Brackeen and Richie Beirach.

Rachel Z graduated from the New England Conservatory with a ‘Distinction in Performance’ award while working professionally in the Boston area with performers like Bob Moses, Miroslav Vitous and George Garzone. Returning to New York in 1988, she toured with New England Conservatory schoolmate turned rhythm & jazz superstar saxman Najee and later co-wrote album Tokyo Blue. While performing and recording steadily with the classic fusion band Steps Ahead from 1988 through 1996, she also worked with Al Di Meola, Larry Coryell, Special EFX, and Angela Bofill, and began a fruitful association with producer/vibraphonist Mike Mainieri. Mainieri produced her Columbia Records debut Trust the Universe in 1993. Reflecting the influence of Corea, Hancock, and even Pat Metheny, the CD featured the jazz radio hit ‘Nardis.’

Her connection to saxophone great Wayne Shorter grew from major influence to full-blown collaborator over the two years she worked on his hit comeback album High Life, for which she built a synthesized orchestral framework to crystallize his musical vision. Rachel Z also played acoustic piano on the album and was musical director for the tour that followed. The CD won a Grammy for Best Contemporary Jazz Album. 1996 also saw the release of her NYC Records debut A Room of One’s Own, which she dedicated to the many women artists who have played an influential role in her life. Two years later Rachel released an album on GRP, Love is the Power, an album that featured hip-hop grooves with melodic piano flourishes and poems about the search for eternal love and wisdom through music.

Rachel returned to acoustic music, in an all-female trio setting, with On the Milky Way Express, her well-received tribute to Wayne Shorter, in 2000.